What is a mole hill?

Need mole removal in your hometown? We service over 500 USA locations! Click here to hire us in your town and check prices - updated for year 2020.

A mole hill, molehill or mole mound is a conical mound, and it has loose soil that is raised by the burrowing mammals. This includes moles as well as other animals like voles, marsupial moles, and mole rats. Sometimes they are the only sign that can show that you have moles around.

The mole hill is waste material that comes from an animal repairing and digging its burrow, and they are normally found in the area where new burrows are being established or where the existing one has been damaged. When the moles are found under shrubs or trees, the roots will support a tunnel. In these cases mole hills will not be common, and even if the place may have a large number of moles, they will be inconspicuous. 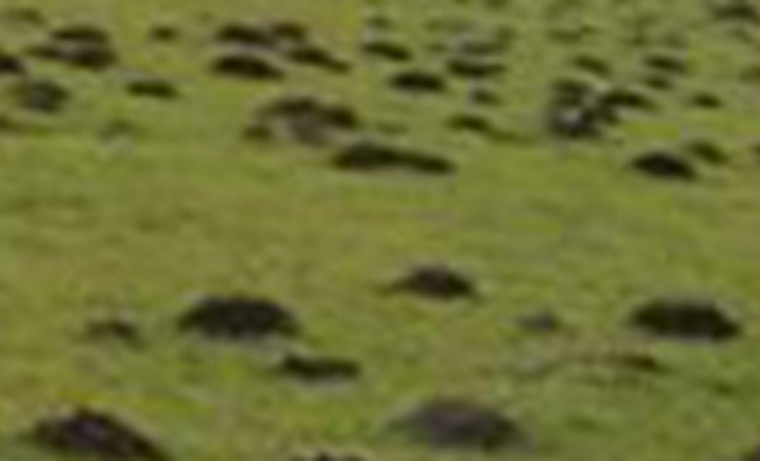 The mole hill may appear in a line within the route of the burrow, but there are times that it may be found at the end of the burrow on its own or on the short sided tunnels. The runs of the mole are different; they may run a few inches deep to the main runs and some are 12 to 18 inches.

The mole hill may be used to get fine soils to use for gardening. There are some gardeners who want the potting soil that is produced by the claws of the moles. The mole hills are helpful to the soil since they are able to aerate it and tile it, and this will add to their fertility. But they can lead to damage for the area of grass, garden, or golf courses, and they can be safety hazards. When the mole hills are not needed, the moles can be captured and fresh moles may be removed in a careful manner whenever they appear. This will leave the animals and their galleries undamaged, and it may reduce the need for the moles to make even further mole hills when they are clearing the earth out of the tunnels. Counting the mole hills is one way of knowing how many moles may be in a place.

For more information, go to may main mole removal page or the How to Get Rid of Moles page.

There is a very high chance that you won’t ever see a mole, even though you may have one living quite comfortable under your property — building or land. You will see the damage these small creatures leave behind, however, piles of mud and earth, usually referred to as mole hills. These hills are what the moles have excavated from as they go about building chambers and tunnels, usually in quite extensive systems. All of that disturbed earth has to go somewhere, right?

In some cases, you can almost see the actual tunnels themselves. Moles are known to build two types of tunnel — the ones are that towards the surface are temporary tunnels. These are used a few times, perhaps to reach out and find a mate, before being sealed up at one or both ends and then never used again. Because they are higher up, you can sometimes see the bulges of the earth where it has been moved by the animal.

The more permanent tunnels are the ones that the moles will spend most of their time in, and these are the ones that go deeper underground. These can be between one to two feet down, and because they are so deep, are unlike to be seen. They will play havoc with the stability of the land though. A mole underground is a ticking time bomb. Heavy rainfall or a thorough watering could give way to miniature sink holes. Unstable land is dangerous for people and other animals alike.

Go back to the Mole Removal page, or learn tips to do it yourself with my How to Get Rid of Moles guide.