The Truth About Using Mothballs & Ammonia To Get Rid of Raccoons

If you've ever done your research into "natural" raccoon repellents, you may have come across a couple of suggestions that include mothballs or using ammonia, usually rags soaked in the stuff. In some ways, this might seem like the perfect solution — you can get rid of the animal without intervening too much, and also without resorting to traps or other methods that include a lot of hassle and effort. 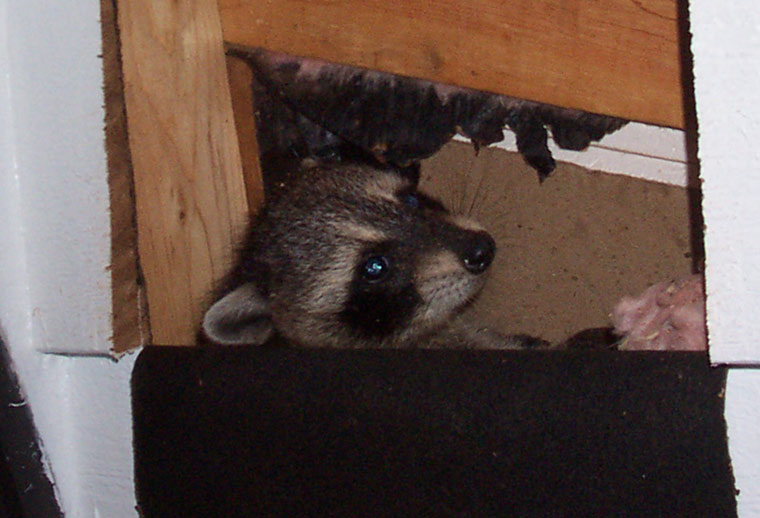 Also read about:
How to keep raccoons away
Raccoon repellent
What Attracts Raccoons?
High Frequency Sound Devices for Raccoons – Do They Work?


Sadly, the plans that usually seem too good to be true, are. Using mothballs and ammonia (in any way) to get rid of raccoons has been shown, time and time again, not to work. At all. Mothballs are easily kicked out the way. Ammonia-smelling areas are easily avoided. The raccoon doesn't leave your property at all. It will find somewhere else to hide, though, and that new hiding spot could be even more difficult to find that the last one was. When you use repellents or deterrents, particularly something that is meant to drive the creature away by way of smell aversion therapy (mothballs and ammonia is included under this title), you have absolutely zero control over where the animal actually ends up. It might leave your home. It might, on the other hand, just go deeper. It might move from the second floor to the attic, or perhaps even down into the basement.

Repellents don't repel these creatures; they just encourage them to find another hiding spot. The next one will be better ... Nobody likes to downgrade.

As well as not actually working, using things that you need to buy, such as ammonia and mothballs, will actually get very expensive over a long period of time. One packet of mothballs might only set you back a few dollars, but a few dollars repeatedly, over a few weeks, months, or maybe even years, soon starts to add up. Two dollars, four dollars, eight, sixteen, it goes on ...

As well as being expensive and not working, there are even more cons. Ammonia, especially, is an incredibly dangerous substance that brings with it some very nasty side effects. The effects it will have on your respiratory system as you inhale it is immediate, usually resulting in difficulty breathing, coughing, a very sore throat, and great discomfort. If this is the case for people — large animals — you can imagine the impact that just a small amount of this powerful substance can do to a small nuisance animal, such as a raccoon.

Even mothballs aren't safe to use, despite being seemingly "natural". They also contain ingredients that amount to them being toxic to both people and animals, particularly when used in large amounts. Dogs, cats, and other pets have been known to get too close to these balls, and children can also. Easily ingested and the fumes inhaled, mothballs might not end up being the safe option that you first thought it was.

It is not recommended that you use mothballs or ammonia, in any capacity, to get rid of nuisance wildlife. There are a couple of really effective ways to get rid of raccoons, but these two so-called repellents are not the way forward. Read more about how to keep raccoons away.