Need cat removal in your hometown? We service over 500 USA locations! Click here to hire us in your town and check prices - updated for year 2020. 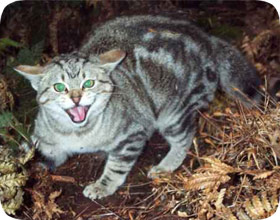 It has been said that there could be as many as seventy million feral and stray cats roaming the streets of the United States. When you bear this incredibly number in mind, it would seem that any manner associated with decreasing the numbers humanely would be more than welcome in communities. However, programs such as the CNR program, (catch, neuter, release) are coming under some serious scrutiny, and although programs like this often have both their good and bad points, for some this scrutiny is unjustified.

The CNR program is one that Vet’s and community members are volunteering into. Vets often perform the neutering and spaying for free for cats that are bought in that are strays, (lost pets and those that can be claimed are not allowed in this program) and local community members volunteer themselves to humanely trap the stray and feral animals, and book the appointments for the CNR clinics, which don’t happen very regularly and are often booked up in advance.

Of course, this comes under some negative press. Firstly, the community members are expected to humanely trap the cats, which mean not only will they have to buy special humane traps in order to catch them, but they also have to find the time to book the appointment, take the cat to the vet, and basically, treat the problem themselves. Before you argue this point yourselves, you should remember that your tax paying money goes towards the 50 million dollars that is spent every year on wildlife control. This is your problem, as a member of your community, whether you like it or not – you are paying for it, so you may as well just pick up the phone and make the appoint and at least do your bit to get that 70 million stray cat number down!

Of course, the stray cats are still going to be on the streets once they have been neutered or spayed, which means that they will still be leaving droppings around, rooting through garbage cans, spreading disease etc. At the same time however, they won’t be so vicious – the “fixing” of these creatures very often calms them down, and at the same time, you will be stopping the population from growing even further. Did you know that a breeding pair of cats can create up to 450,000 kittens in a given seven year breeding period? Imagine if you trapped and entered a cat into the CNR program – you would be reducing numbers of strays by almost five hundred thousand over seven years. If that’s not a way to deal with the problem, we don’t know what is! Also, you will be stopping these strays from impregnating your own cats, which you may not have had fixed yourself.

The CNR programs that are fast growing in both popularity and interest all around the States have been shown to be one of the most effective ways to effectively stabilize a massively growing population of stray cats, to get to the a point where the strays are going to be at a more manageable number. At the same time, it gets rid of a lot of the bad habits that often accompanies mating cats, such as peeing everywhere, spraying and fight, and on top of that even further, it is a much more humane way to deal with a ever-growing problem than extermination and bad trapping methods.

In general, stray cats are not dangerous unless directly handled. Read more about are stray cats dangerous? 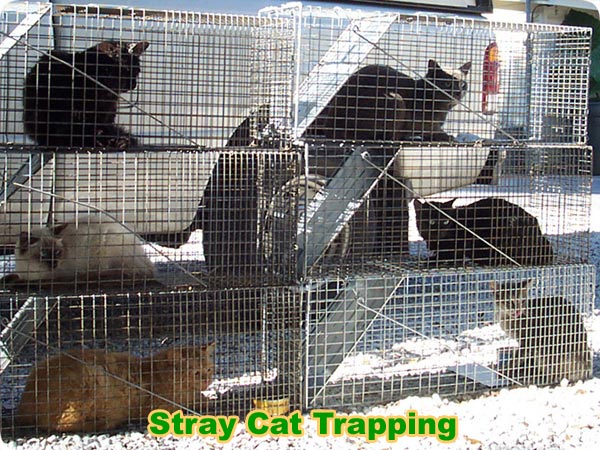 Here are some other articles about stray cats:
stray cat removal
how to catch a stray cat
how many stray cats in America
common problems with stray cats
what to do if you find a litter of kittens